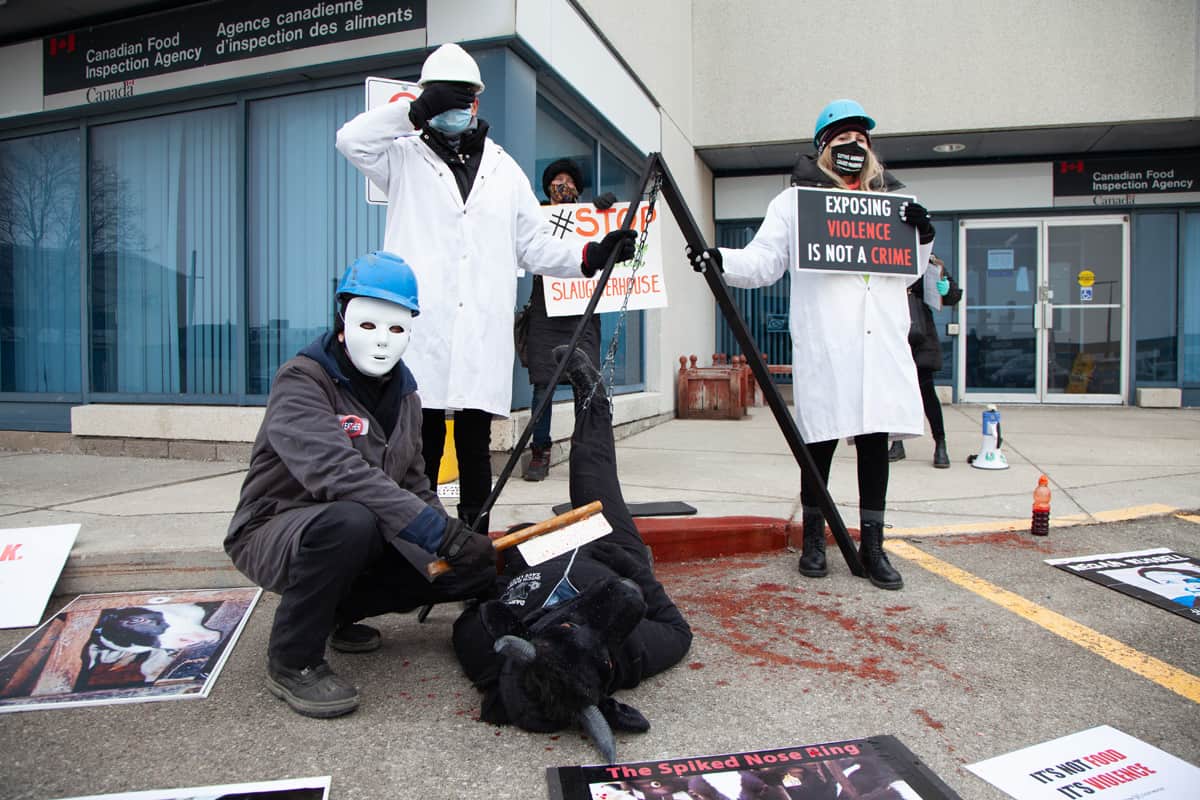 *UPDATE*
February 25, 2021: Activists from Toronto Pig Save and Toronto Cow Save held joint actions today outside the CFIA offices in Toronto at midday, and held a cow vigil outside Tru Harvest Meats from 1:30pm to 3pm to protest the opening of Tru Harvest slaughterhouse and demand the license for Tru Harvest be withdrawn.

Ryding Regency Meat Packers was ordered to permanently close due to e-coli contamination in December 2019. But today, with the same general manager, Tru Harvest opened its doors at the same location to kill 83,200 cows and baby calves per year. The majority of the mother cows are pregnant at the time of slaughter.

“During this time of global uncertainty it’s more important than ever that elected officials consider the best interests of the population, taking the necessary steps to reduce the impact of this global health emergency and prevent future illness,” says Jenny McQueen, organizer with Animal Save Movement. “Dairy is one of the leading causes of environmental degradation, as well as being directly linked to negative health outcomes. We’re calling on the federal government to cease subsidies that are going towards propping up a collapsing cow milk industry that kills mother cows once their dairy production slows and ‘veal’ calves under 12 months old who have not been given the chance for life. We also call on the federal government and the CFIA to withdraw the license for Tru Harvest Meats and shut them down.”

Animal Save Movement started in 2010 and has since grown to over 1000 chapters worldwide. Activists gather at slaughterhouses and other places to provide comfort, bear witness, and document stories of farmed animals in pursuit of animal rights.