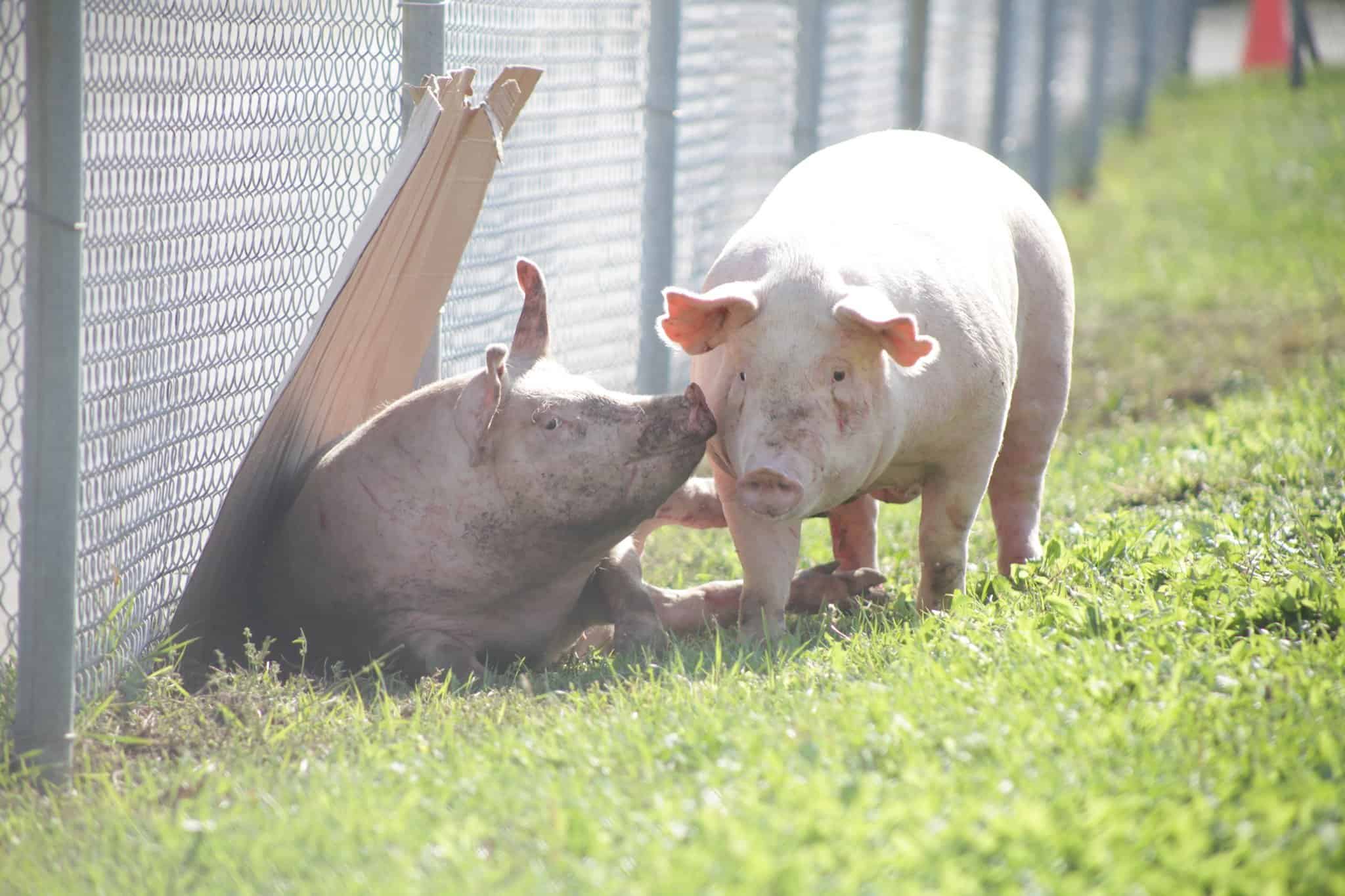 On October 5, 2016 a truck full of doomed 6 month old pigs overturned in front of Fearmans Pork slaughterhouse. Pigs were trapped inside, some killed by the crash, most still alive screaming in pain, agony and terror for hours.

Some pigs escaped and wandered the streets, outside for the first time in their life, we saw the excitement in their eyes to see grass and they immediately started rooting, they thought they were finally free but the truth was the opposite.

We begged for some of the pigs to be given sanctuary rather than slaughter but Fearmans refused to show mercy and executed them anyway even though some where too injured to be “processed” for profit.

Fearmans would rather execute them and throw them in the garbage then to give them a chance to live free from harm.

We will gather at the South/East corner of Appleby Line and Harvester Road, the exact spot where the truck rolled over and remember the victims. We will also remember our dear, heroic friend Regan Russell, violently killed by a truck full of pigs at the same slaughterhouse on June 19th 2020. Regan was also there that day 5 years ago, outraged by Feamans refusal to release the injured pigs to sanctuary.