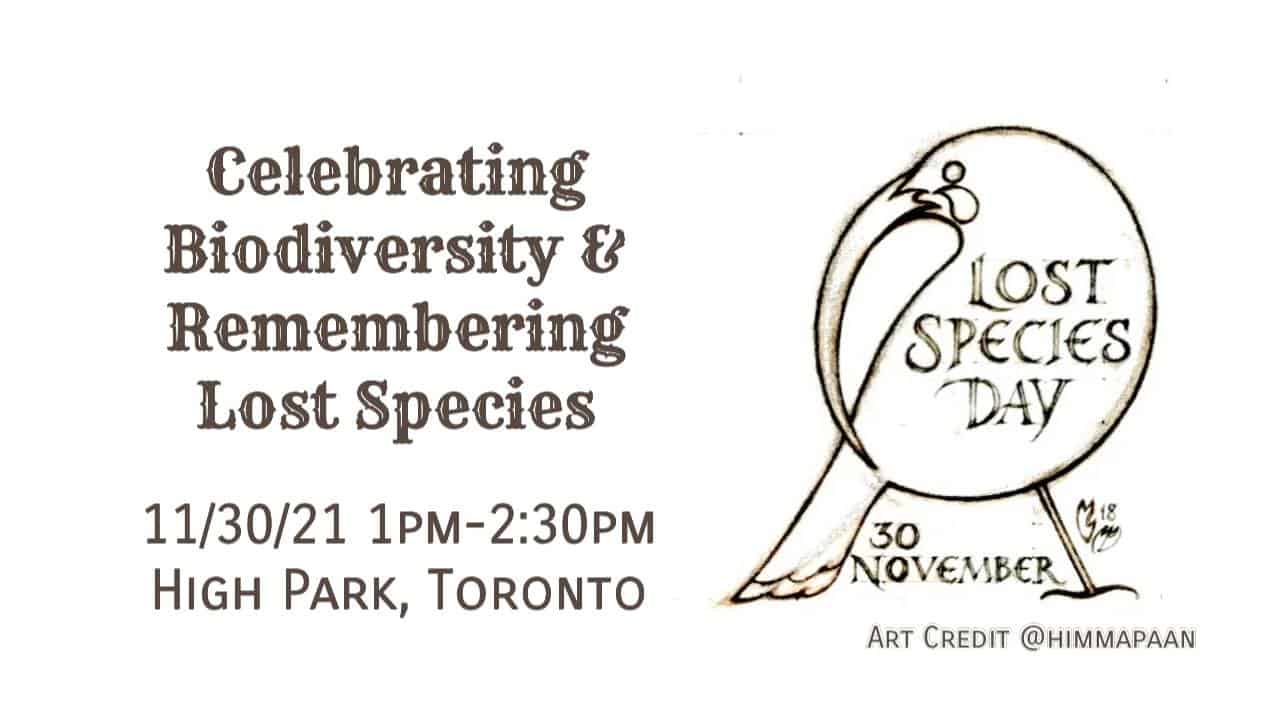 Lost Species Day was first held in November 2011. Since then, thousands of people have taken part in a wide range of events exploring the stories of extinct and threatened species, cultures and communities each year. Over the past decade the project has evolved, with its advocates hoping for it to serve as an opportunity to learn about and respond to structural oppression and inequity, as well as being a recurrent space for contemplating biodiversity loss and emotions arising.